Morning Walks and Talks with Mooji

These recordings of Satsangs with Mooji arose spontaneously during early morning walks with him in Tiruvannamalai, India, 2009. Beyond the formal satsangs we discovered that satsang with Mooji could arise anywhere (4 audio recordings).

These recordings were made live and at times the quality may vary.

The distance between yourself and truth is merely a thought. There is no separation and no distance. When you say or feel “I”, identify “I” as consciousness.

These recordings of Satsangs with Mooji arose spontaneously during early morning walks with him in Tiruvannamalai, India, 2009. Beyond the formal satsangs that took place on the rooftop of SP Guesthouse, we discovered that satsang with Mooji could arise anywhere — on a street corner, in a cafe, at a temple— as long as there was an urgency of inquiry. For a period of time, Mooji would arise early for a morning walk at 6:30 am, joined by a group of us that ranged from ten to thirty people. For all of us, these were very special times— a chance to hold his hand, walk arm in arm, ask a question from the heart. For about forty minutes we’d walk along a well-traveled route to Kannapa Temple, then stop for refreshment at an outdoor chai shop, where under the shade of a magnificent tree, satsang would naturally arise. Three sessions were held outside at Kannapa Temple itself— one guided meditation and two very profound satsangs. I recorded all these sessions, separated by a bell, on a simple recorder. All the sounds of rural daily life appear as they were— cows mooing, traffic rumbling by, the sound of coconuts being whacked open. For many of us, the spiritual atmosphere of these sessions was highly charged: amidst the vigorous dialogue and hearty laughter, a vast silence often seemed to descend, and tears flowed freely; even wandering sadhus silently gravitated to listen. The result are recordings that are raw and direct, deeply intimate, and take you to the heart of satsang with Mooji.

Some Audio clips from this recordings:

Nobody Can Work It Out 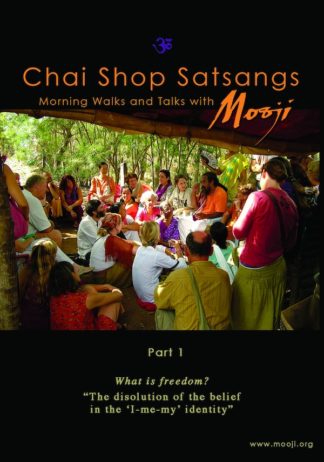